The Real Story of a Guygienist student’s journey

The Real Story of a Guygienist student’s journey

Over 95% of dental hygienists are women. Male students struggle to even apply to dental hygiene school. Dental hygiene is one of those fields that have severe gender inequality. If you are a female (like me), it is pretty difficult to understand what it is like to be a “guygienist.” I was thinking about this topic when I saw Stephen’s Instagram post – a funny comment about a ‘very large group of male dental hygiene student.’ 3/32, that’s almost 10%! WOW! Here is his experience, in his own words. Thank you, Stephen, for helping all female dental hygienists out there understand the “other” perspective.

“I remember the staff members’ slightly puzzled but optimistic facial expressions toward me when I filled out forms for dental hygiene.”

I had taken concurrent credit courses while in high school and was blessed to receive a scholarship. However, due to having my son at a young age and needing to provide for a family, I decided to jump into the workforce instead of completing my higher education at that time. These circumstances made it nearly impossible to be a full-time traditional student. I always planned to go back to school when the time was right, and a few years ago, I realized that time had come.

When it came to choosing a major, I explored different options with all of these circumstances in mind, and someone suggested that I check out dental hygiene. I had never thought about it before, but and it didn’t take long for me to research the opportunities in that field and decide that sounded like the ideal career for me.

Hygienists operate with acute attention to detail, focus on prevention and research and often develop strong relationships with their patients. A hygienist also is typically afforded an amazing family-work-life balance. These descriptions matched this dad’s detail-oriented and fascinated by the preventive and research elements, so my choice was made.

It was after I earned my first Associates’ degree during my required observation hours with an RDH (to complete the application) process that I received truly invaluable advice and encouragement about working in this field. One piece of that advice was that I may be the only guy (guygienist) in the program.

“I entered this program having two sisters but came away with 32 more.”

And so the real education begins

I remember the staff members’ slightly puzzled but optimistic facial expressions toward me when I filled out forms at the University of Arkansas For Medical Sciences (UAMS) in Little Rock and told them I would be going through the dental hygiene program. The looks I got made sense based on the numbers, though. According to the ADEA, 95.8 percent of RDH are women, leaving only 4.2 percent of the hygiene community being men (American Dental Education Association, 2017). Fortunately for me, I would be a part of the largest class of male hygiene students ever at the university – three. That was a blessing. Those guys and I have been able to lean on each other and laugh at the comments and facial expressions we have received over the course of our academic study. It’s a whole different kind of brotherhood you might say as we have shaken in fear together and also advised each other when to shut up.

“Fortunately for me, I would be a part of the largest class of male hygiene students ever at the university – three guygienists.”

I’d been outnumbered in terms of gender at previous jobs, but nothing like this. When those other two guys showed up, it was like seeing a floatplane show up after you’ve been lost on an island. I realize that some people experience legitimate language barriers, but for us, this was pretty close. Yet, once the real work started, certain barriers were broken down. We all began to see that regardless of gender, we had similar interests and passions. We all genuinely cared about serving others and wanted to make a decent living while doing so, particularly in this realm of the health care world. That was undeniable and that in itself was unifying. The camaraderie developed through icebreakers, and before we knew it, we were no longer just “the guys” but known by our names and known as friends. Plus, we all realized having guys is advantageous professionally as it allowed us to gain experience serving male patients during pre-clinic while most often only get to gain clinical practice on females.

The more we focused on our similarities and the more our number of shared experiences grew, the more we all began to bond. Ultimately, we had the same competencies, and we dealt with the same types of patients. The scrub hats also became a great equalizer because no matter your gender, these flattering accessories had to be worn by all.

Some of the comments we guygienists received were different, though. Being told, “You’re not as pretty as the last one,” became all too common for us to hear when patients compared us to the previous female clinician they obviously had seen in the past. Other times, a patient would be more excited to see us and greet us with, “Ooooh – a guy!” I’m still unsure which type bothered us more, but at least, we could enjoy laughs altogether as a class regarding these moments.

“The more we focused on our similarities and the more our number of shared experiences grew, the more we all began to bond.”

Outside of the clinic and the classroom, I – as a male, gained even more insight. Seeing three guys in a cafeteria surrounded by girls trying to decide where to sit was like a social experiment for an interpersonal communication course. We mostly stuck with each other the first semester, but as we advanced in the program, we seemed to advance (to a small degree) in our social circles. Eventually, dynamics changed and friendships formed. I can see the acceptance coming from a much greater significance as well.  Male and female dentists, patients and inter-professional colleagues are all becoming accustomed to having a male RDH in the mix at the lunch table and well beyond the cafeteria walls.

“We guys may not be “as pretty” as our female colleagues, but it is more likely that we can personally identify with other guys on issues directly associated with their dental hygiene.”

In fact, it’s reassuring to see how much people within this field are embracing the benefits of having a male RDH and what it can provide patients. We cannot discount the increased level comfort some can find simply because of the relatability factor. A male patient may prefer to have a male RDH because he is more at ease sharing his medical history with another guy than with a female. We guys may not be “as pretty” as our female colleagues, but it is more likely that we can personally identify with other guys on issues directly associated with their dental hygiene.

One example of this was when I was able to help convince a male patient regarding tobacco cessation. He had been made aware of his tobacco pouch keratotic lesion in his vestibule, and he knew he needed to stop dipping. While all hygienists are trained in the 5-A’s and all are fully capable of handling this situation, sometimes it’s a matter of how the issue is approached and by whom. Just as in chemistry, “like dissolves like,” and I believe being able to relate and share in similar experiences can provide unexpected breakthroughs. I suppose I could have just been the straw that broke that camel’s back, but some connections we made could have infiltrated his resistance in ways that had not been doable previously.  In seeing this patient outside the clinic, he reported he no longer dipped.

I believe the trend is changing, much as it has in nursing. Women have been about shattering stereotypes in many ways for many years. It’s time we guys took to that and embraced each gender’s talents and tactics; both truly can enhance each other’s clinical abilities.

“Women have been about shattering stereotypes in many ways for many years. It’s time we guys took to that and embraced each gender’s talents and tactics.”

Wrapping up my experience

Growing up, I was the oldest of three with two younger sisters. They never held back in setting me straight; in a way, this entire experience was an amplified version of that. It was a bit daunting at times but overall, educational and truly enjoyable. If there is any one thing to take away from my experience, it is this: hygienists and students training to become hygienists are amazing people regardless of gender. This profession attracts people with good character and notable work ethic. As I approach graduation, I feel I entered this program having two sisters but came away with 32 more. If you are a guy (the unofficial name of that is guygienist) considering dental hygiene, do not let the statistics buffer your ambition. It is a great field with tremendous opportunities for growth and expansion that extend even beyond the clinical environments.

Stephen Pruitt is the Vice President of the Student American Dental Hygienists’ Association for the University of Arkansas For Medical Sciences (UAMS) chapter. He also serves as the Vice President of the Class of 2017 for the Department of Dental Hygiene in the College of Health Professions at UAMS and looks forward to graduating this May. Prior to his time at UAMS, he earned his Associates’ of Science Degree from the University of Arkansas Community College at Morrilton. When he’s not serving patients in the clinic or studying in the classroom, Stephen spends most of his time enjoying the outdoors with his son Grant. Usually, that involves anything from throwing the football to hunting or fishing and even coaching Grant’s soccer team. Stephen is active within his church and is always ready to call the hogs at a Razorback game.

(Disclaimer: StudentRDH is NOT affiliated with the NBDHE, NDHCE, CSCE, CDCA, WREB.)

Claire is an entrepreneur, author, educator, researcher, and international speaker. She is the founder of StudentRDH and SmarterDA, dental hygiene and assisting exam prep solutions. Through her live and online courses, Claire helped tens of thousands of people gain valuable dental knowledge and clinical skills. She combines the WakeUp Memory Technique™ in her courses and teaches educators to apply this method in their own classrooms. To her audience’s testimony: "Learning is now addictive."

#1 Choice for the NBDHE Board Exam. 99% success rate

Get FREE Mini-Reviews in your email, for a whole year!

Get ready for the Local Anesthesia exam

Everything you need to pass the CSCE exam 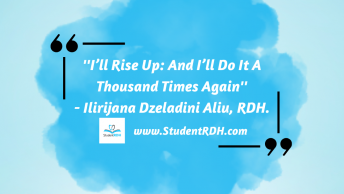 I’ll Rise Up: And I’ll Do It A Thousand Times Again 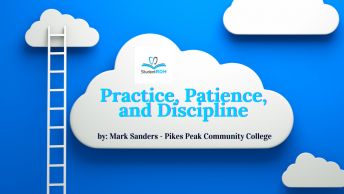 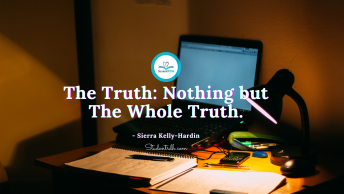 The Truth: Nothing but The Whole Truth.

This is a widgetized sidebar area and you can place any widget here, as you would with the classic WordPress sidebar.